President Signs Extenders – What Does this Mean for Filing Season? 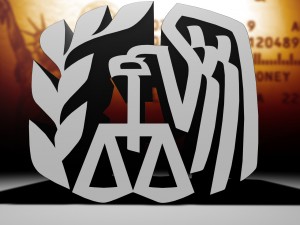 If you hadn’t heard by now, Congress passed a temporary extenders bill Dec. 16, which was signed into law by the President today. The Tax Increase Prevention Act of 2014 retroactively extends for one year (to Dec. 31, 2014) all the provisions that expired last year. So yes, that means those very same provisions will expire in just a few weeks, leaving the question of longer term extensions to the new Congress.

The larger question is what impact this will have on filing season. The Tax Girl blog (written by Kelly Phillips Erb, Forbes) suggested that this bill will delay the start of filing season, even though it merely extended existing provisions and did not result in significant forms delays or other operations changes to IRS. She observed, “The IRS Commissioner has not yet announced a start date to the 2015 season: I would expect a late January to early February date.” Many were already anticipating another challenging filing season, perhaps the most difficult season the profession has seen in many years.

Compounding the problem is that a separate bill passed by Congress on Dec. 13 cut the IRS budget by nearly $346 million. Last September, the AICPA recommended Congress fully fund the IRS, stating that “we believe that proper funding of the IRS’s budget is essential to the IRS’s ability to carry out its mission,” which includes providing assistance to taxpayers and tax practitioners. These additional cuts to the IRS budget could mean even longer wait times when calling IRS, additional delays in responses to inquiries and issuance of administrative guidance, as well as a further slowdown in the release and update of tax forms and instructions.

The following provisions which affect individual taxpayers are extended through 2014:

… the $250 above-the-line deduction for teachers and other school professionals for expenses paid or incurred for books, certain supplies, equipment, and supplementary material used by the educator in the classroom;

… the exclusion of up to $2 million ($1 million if married filing separately) of discharged principal residence indebtedness from gross income;

… parity for the exclusions for employer-provided mass transit and parking benefits;

… the above-the-line deduction for qualified tuition and related expenses; and

… the provision that permits tax-free distributions to charity from an individual retirement account (IRA) of up to $100,000 per taxpayer per tax year, by taxpayers age 70 and ½ or older.

The following business credits and special rules are generally extended through 2014:

… the enhanced charitable deduction for contributions of food inventory;

… the exclusion from a tax-exempt organization’s unrelated business taxable income (UBTI) of interest, rent, royalties, and annuities paid to it from a controlled entity;

… the exclusion of 100% of gain on certain small business stock;

… the basis adjustment to stock of S corporations making charitable contributions of property;

The following energy provisions are retroactively extended through 2014:

… the credit for nonbusiness energy property;

… the credit for construction of energy efficient new homes