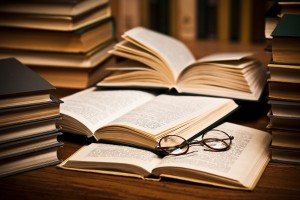 Update on Increase of Deduction for Purchase of Tangible Property

For several years, the IRS has deemed that tangible assets used in business such as equipment and computers with a purchase price of more than $500 must be capitalized and depreciated based on the Assets’ useful life.  Any money spent below $500 on an asset that would have traditionally be capitalized, could be expensed in the year of purchase instead.  The IRS made this rule under the Tangible Property Regulations, specifically Reg. 1.263(a)-1(f)(1)(ii)(D).  This deduction was allowed for businesses that didn’t have annual financial statements subjected to annual audits.

Under IRS Notice 2015-82,  the lower tier safe harbor amount was increased from $500 to $2,500 of costs per tangible item and can now be expensed instead of being capitalized for small businesses that don’t have audited annual financial statements.  This ruling will take effect for the tax year beginning January 1, 2016 all future years unless a modification is made at a future date.  The IRS will also not challenge amounts between $500 and $2500 that were expensed in prior years between December 31, 2011 and December 31, 2015 that should have been capitalized.

If you’re a business owner who wants to make sure their purchases are properly recorded and reported in their financial statements and tax returns, contact Langdon & Company LLP.  Our team of highly skilled tax and bookkeeping professionals will assist you in making sure your company’s financial activity is reported properly and in conformity with all legally mandated requirements.  We will also analyze your statements and make suggestions on ways you can become more profitable and efficient to the best of our ability.

Eric ([email protected]) is a Senior in the Langdon & Company LLP tax practice. He works with a variety of clients in preparation of tax returns and other projects.