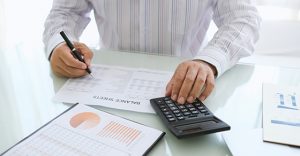 The deadline for state and federal tax filings were recently delayed to July 15, 2020, and penalties for late payments were also waived.

However, the North Carolina General Assembly and Governor must approve legislation to defer accrual of interest on income taxes, an action that state leaders announced shared support for approving retroactively on Tuesday.

“One of the biggest questions we are getting on economic issues is whether families and businesses will be responsible for paying interest on their income taxes now that the filing deadline is delayed,” the five state leaders said in a joint statement Tuesday.

“Today, we can announce our shared support for retroactively waiving the accrual of those interest payments to provide further tax relief for North Carolinians amid the COVID-19 crisis, an important step to offer certainty and recovery assistance for millions of our state’s residents.”

Under North Carolina law, the liability for failure to pay estimated income tax on time is the accrual of interest. The Secretary of the Department of Revenue is not authorized to waive interest and the agency is required to charge interest on any unpaid tax.

Therefore, the General Assembly and Governor must approve legislation to ensure taxpayers are not liable for such interest between April 15, 2020, and July 15, 2020, the extended deadline.

Financial statements tell your business’s story, inside and out

In short, financial statements are detailed and carefully organized reports about the financial activities and overall position of a business. As any company evolves, it will likely encounter an increasing need to properly generate these reports to build credibility with outside parties, such as investors and lenders, and to make well-informed strategic decisions.

These are the typical components of financial statements:

Balance sheet. This provides a snapshot of a company’s assets and liabilities. Assets are items of value, such as cash, accounts receivable, equipment and intellectual property. Liabilities are debts, such as accounts payable, payroll and lines of credit. The balance sheet also states the company’s net worth, which is calculated by subtracting total liabilities from total assets.

Cash flow statement. This shows how much cash a company generates for a particular period, which is a good indicator of how easily it can pay its bills. The statement details the net increase or decrease in cash as a result of operations, investment activities (such as property or equipment sales or purchases) and financing activities (such as taking out or repaying a loan).

Retained earnings/equity statement. Not always included, this statement shows how much a company’s net worth grew during a specified period. If the business is a corporation, the statement details what percentage of profits for that period the company distributed as dividends to its shareholders and what percentage it retained internally.

Notes to financial statements. Many if not most financial statements contain a supplementary report to provide additional details about the other sections. Some of these notes may take the form of disclosures that are required under Generally Accepted Accounting Principles — the most widely used set of accounting rules and standards. Others might include supporting calculations or written clarifications.

Financial statements tell the ongoing narrative of your company’s finances and profitability. Without them, you really can’t tell anyone — including yourself — precisely how well you’re doing. We can help you generate these reports to the highest standards and then use them to your best advantage.

It’s the beginning of summer in NC.  That means that the two chambers of our General Assembly are hard at work trying to agree on a state-wide budget.

The House of Representatives passed the Health and Human Services

budget a few weeks ago.  The Senate just passed theirs.  As always there are similarities and differences in each department; each of which, have very “hot topics” that are addressed.  Thanks to NC Health News for a comparison chart to show the differences between the two.

If you have additional questions about the budget decisions and how they affect your organization, contact our office.  We’ll be happy to give you some insight on what these choices mean for you.

Rachel (rowens@langdoncpa.com) is a Senior in the Cost Report department at Langdon & Company LLP.  She works with various healthcare companies, several of which, from the audit all the way through their state reporting compliance.