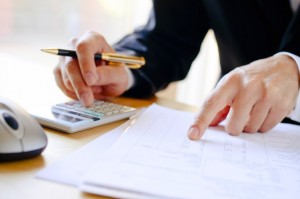 The Game Plan of an Audit

Last week while talking to my brother on the phone he asked me what I did as an auditor. I began explaining what the purpose of an audit was, what some basic procedures were, and what different issues raised during an audit when he stopped me and said he had no idea what I was talking about. I sat there in silence for a second and realized there has to be a better way to explain to someone with no knowledge of accounting what I did day in and day out; then it hit me. As huge football fans, I could compare the two with ease – the players/team were the entity, each play was like a new transaction, and the officials were like the auditors. I called him back and went on to explain the following:

Having the necessary personnel – Having the necessary personnel is essential for both the engagement team and the entity. First and foremost, the audit staff must be independent and possess the proper level of training and knowledge to carry out the engagement(s) at hand. The entity also needs to have the appropriate staff able to handle daily processes that oversee the internal controls and maintain records of transactions. In comparison to football, officials must be unbiased, knowledgeable, and properly trained to work their assigned position. Each side of the ball will need the correct number of players and the offense will need to be in the proper formation before any play can be run. In all respects, failure to have the proper personnel may result in unfavorable conditions that gather insufficient audit evidence used to determine an opinion.

Building off of a strong pre-season – During the pre-season, teams, officials, and the league must prepare efficiently and effectively in order for things to run smoothly during the year. In audit this is similar to the planning stages. When planning the engagement, the audit team will come up with a strategy to understand the scope, timing, and direction of the audit; much like a team devises a game plan going into each game.

The players and the officials – Officials monitor each play just like auditors test the transactions of entities. During fieldwork, auditors will examine different accounts, test controls, and perform other procedures required to meet the needs of the game plan formulated during planning. If the results of the auditor’s test dictate that more testing is necessary, the auditor will need to carry out further procedures to get a better look into the area being tested. In comparison, officials on the field will use their training, judgement, and experience to call plays as accurately as possible however, sometimes they will need to investigate the issue further and will go to the replay system for help. This gives the referee the opportunity to get a closer look at the play and make a more accurate ruling, similar to further audit procedures.

Making the right call – Understanding that not all transactions are perfect, auditors must determine what differences or errors are material and force the auditor to alter their opinion on either the controls or financial statements. Likewise, officials are tasked to make sure that every game is played fairly. Some things, like a holding penalty, will not determine whether a game was played, as a whole, fairly or not  but major issues might. An example of this would be like playing with deflated footballs. This would cause an unfair advantage and may cause the contest to come under question and possibly a forfeit. In short, a holding penalty would be the equivalent of a five dollar difference between the receipt and what was recorded in the books while playing with deflated footballs would be the equivalent of a material misstatement.

Langdon & Company LLP has lots of professionals and football fans alike that would be happy to answer any of your audit questions.  Please contact our office for more information.

Steve ([email protected]) is a staff auditor with Langdon & Company LLP.  He focuses primarily on healthcare and nonprofit organizations.