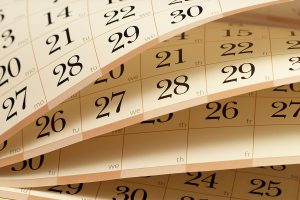 So how should a nonprofit chose the best fiscal year-end for the organization? Some things to consider include:

Lastly, in order to change the organization’s year-end with the IRS, Form 1128 “Application to Adopt, Change, or Retain a Tax Year” will need to be filed along with Form 990 for the short period to bridge the gap between the original year-end and the new year-end. A copy of the nonprofit’s tax exempt ruling letter from the IRS will need to be submitted with along with Form 1128. If an extension is needed for the short-period Form 990, the extension must be filed prior to the initial due date of the new fiscal year. Additionally, the nonprofit will want to review and amend any organizational documents (such as bylaws) that refer to the fiscal year-end.

If you are considering a change to your nonprofit’s year-end, contact Landon & Company LLP for further guidance on your specific situation.

Lee ([email protected]) is an Audit Manager with Langdon & Company LLP.  She works with many healthcare nonprofit organizations.