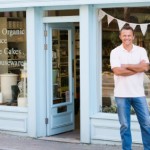 The Office of Management and Budget (OMB) recently published its Super Circular in the Federal Register. The circular makes several changes, summarized below, to the guidance previously known as Circular A-133. These changes will apply to audits of fiscal years beginning on or after December 26, 2014 (fiscal years ending December 31, 2015).

The data collection form was also revised and is now available for submission. Due to the delay in the availability of the form, the OMB has granted an automatic extension for all single audits with fiscal periods ending in 2013. The deadline is now February 28, 2014.

Contact the professionals with Langdon & Company LLP with any questions regarding these recent changes.