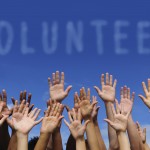 To start with, FASB board members have created a draft document that can be used as a formal operating measure to evaluate any organization that is set up to serve the public good.

The two main factors that will be evaluated using the new operating measure are mission and timing. All funds spent in direct relation with an organization’s main mission would be counted towards its operating measure. Unused yet accessible donations would also be included in this measure.

If donations are held up because of restrictions put in place by one or more donors, then these funds would not be counted. Donations which are not available by the end of a reporting period would also not count until they are available. However, it is unclear as of yet whether this last rule covers only monetary donations or donations of assets as well.

Donors and those charged regulating non-profit organizations are also interested in learning more about how any given charity uses its funds. One of the main concerns relates to how much money is being spent on a charity’s mission vis-Ã -vis its operational costs. Regulators and donors also want to know whether or not a charity is putting some of its funds in long term investments that could potentially generate even more funds for the charity’s mission.

Besides changing the way in which financial statements are done, the FASB is also looking into the possibility of allowing charities to provide not only financial information but also comments regarding various donations, expenses, etc. Such an allowance would be similar to the SEC filings provided by regular companies and would provide further insight into how the charity is managing its money.

The above mentioned proposals are in the draft stage and the general public will be able to see them once they have been finalized and are released to affected non-profit organizations.