Private Companies– Consolidation Accounting Requirements Relief May Be on the Way! 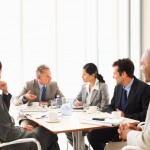 Back in 2009, a little accounting interpretation called FIN 46 struck fear in the hearts of many a small business and the accountants that serve them.  FIN 46 (FASB Interpretation No. 46(R)) required companies with variable interest entities (VIE) to consolidate their financial statements.  Oftentimes related party lease arrangements were considered to be VIE’s and thus were required to be consolidated or not comply with Generally Accepted Accounting Standards.

The FASB’s Private Company Council set forth a proposal to the FASB that would exempt private companies from presenting on their balance sheets, or consolidating, a subset of arrangements, including related party lease arrangements.  The change is slated to be published as proposed ASU No. PCC-13-02, Applying Variable Interest Entity Guidance to Common Control Leasing Arrangements.

If the FASB agrees to the proposal, it will be released for public comment before becoming GAAP.  There have been few concerns raised about the proposal and many believe it stands a good chance of being issued.

Contact Langdon & Company LLP, as our audit professionals will be staying up to date on this issue and stand ready to advise our clients.